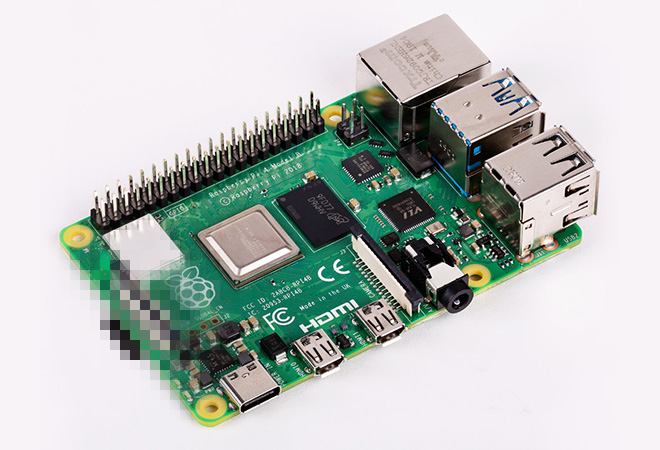 Usually, SD cards aren't the most reliable parts of a Raspberry Pi-based system. You can find many horror stories on the internet about failing data storage and data loss. However, my luck lasted a long time, I ran a lot of systems 24/7, and I didn't have a single SD card failure.

Nothing lasts forever, as the saying goes. The troubles started when I tried to smarten my TV with a LibreELEC system running on Raspberry Pi 4. I don't know exactly the difference between this system and all the others before it, but it killed an SD card, and I had to reinstall the system on another one because it couldn't boot.

So it was a pleasure to read that Model 4 already supports network booting, which could lead to an SD card-less world. But, as it always happens, it wasn't a smooth ride.

There is a good chance that our Pi is running an older bootloader without the proper support for network booting, so as strange as it sounds, we will need an SD card to go diskless.

No matter what system we want to run in the end to this SD card, we should install the Raspberry Pi OS (previously known as Raspbian). After the successful installation and boot, we need to extract the last eight characters of the serial number, which we will need later.

Then a little bit of system upgrade to get the latest bootloader which we will apply right away, and finally a reboot, so our changes take effect.

Last but not least, we need to modify the config to include network booting in the boot order. Just hit the Boot Options > Boot Order > Network Boot menu, reboot the Pi one last time (hopefully), and we can finally get rid of the SD card as well.

Of course, at first, I tried to boot the system without this config change for hours, and I couldn't figure out why it wanted to boot from the nonexisting SD card.

We will need another machine on the network to team up with for network booting. Part of the communication will be handled by DHCP, but we will need TFTP and NFS (Need For Speed?) server as well.

I'm not gonna lie; I'm pretty sure that I don't fully understand this whole thing. Still, in my head, I imagine something like this: DHCP is part of the discovery phase so the machine knows that someone supports network booting, the first few files come through TFTP until the machine is able to boot up to a point where it can download the rest of the files through NFS.

So, first things first, we need a DHCP and a TFTP server. Fortunately, dnsmasq can handle both. I was in that comfortable situation that I already had a dnsmasq server running as a DHCP server. Of course, if you want a separate DHCP server to assign IP addresses for the machines on the network, that's totally doable too.

We need a directory that TFTP can use to serve the files. The xxxxxxxx in the path is the last eight character of the serial that we noted down earlier.

Now we need to configure TFTP in dnsmasq.

After a quick systemctl restart dnsmasq.service we can continue with the installation of the NFS server.

A couple of more directories to serve the files from.

Lastly, we have to tell the NFS that if someone from a specific IP address asks for these files, it should happily serve them. If the machine has no fixed IP address, we could use an IP range or a * as well.

If we don't believe in the beneficial nature of firewalls, then we can stop right here. Otherwise, we have to tell mountd (whatever it is) what port it should use so we can poke a hole in the firewall for it.

Servers are rumbling; nothing left to do but fill the directories with the operating system files. At this point, I had a working SD card, and I didn't want to lose my settings, so I mounted the filesystems from it and copied the files to the new NFS directories.

Copying the files from a disk image could also work. We don't have to care about the storage part this time, we should leave it empty, and LibreELEC will fill it with files during the first boot. However, mounting the image is a bit more cumbersome. We need to multiply the starting sector of the filesystem with the sector size (it's 8192 * 512 for the example below) to get the proper offset.

The files are in place, but we still have to tell the operating system where it should look for them.

At this point, the only remaining thing that could cause us some headaches is the firewall settings. TFTP needs UDP port 69, TCP port 111, and NFS needs ports 2049 and 13025 (or the port we previously set). Powering up the Raspberry Pi now (without an SD card) will hopefully result in the marvelous experience of proper booting.

Powering up the Raspberry Pi now (without an SD card) will hopefully result in the marvelous experience of proper booting.